It was a momentous occasion for the Wolfhounds whose previous international outing came in a rain-soaked 2016 loss to the Dutch Lions in the Netherlands. After a brief hiatus, the Wolfhounds were reformed this summer as a collection of players from across the Irish American Football League were selected to compete in this game.

Their opponents were veterans to the international scene, as the Barbarians have been in a number of competitions over the years, with a recent victory over Team Spain and a loss to the Russian national side in 2017.

The Barbarians were much fancied favourites for the game considering Ireland’s limited experience on the big stage, and it was Belgium who started the quickest. After holding the Wolfhound’s offence to a 3-and-out, they capitalised on a shallow punt to that allowed them to pin the Irish defence inside the red-zone.

Despite a number of penalties and the defence holding firm, the Belgians broke the deadlock after quarterback Tomasz Firszt escaped the pocket on 4th down to rush in from 5 yards. The following PAT was missed however as the Barbarians led 6-0 early in the opening quarter.

Strong running on their resulting drive by Chris Carson and Simon Mackey would help drive the Irish offence into Belgium territory, but unfortunately consecutive interceptions would give the ball back to the visitors. Defensive Back, Hadrien Godichal returned one of those interceptions to the house as the visitors pushed the lead out to 13-0.

Many inexperienced teams would struggle to overcome setbacks this early; but the Wolfhounds were hungry and found a way back into the game.

An interception from defensive-back Finn Kearns gifted the ball back to the offence, and this time there was no mistake from veteran quarterback, Andrew Dennehy. The signal-caller found South Dublin Panthers receiver, Sean Goldrick down the sideline with pinpoint accuracy as Goldrick strode in for Ireland’s first touchdown.

After the break, Ireland continued their momentum as a second interception from DB Alex Kusmirek applied further pressure on Belgium’s offence. The hard-work soon paid off as Dennehy went back to his favourite receiver Goldrick, who out-muscled his marker for a perfect fade route in the corner of the end-zone. With kicker Marty Caskey slotting through the extra point the game was tied a 13-13.

The Belgians had opportunities to regain the lead but a missed field goal gave the Wolfhounds an opportunity to strike; and they did! A great run from running back, Pete McMahon late in the 4th quarter who weaved past would be tacklers to the end zone would give Ireland a shocking, but well deserved lead.

The drama however was yet to unfold as the Barbarians closed the gap with a late 4th down try with an expert pass from Firszt to receiver Thomas Bouron. Rather than going for the tie, Belgium opted to go for two to win the game. With the result on the line, the Irish stalwart defence stood firm one last time to stop the Barbarians. The Wolfhounds Neil Graham recovered the ensuing onside kick that ultimately sealed the game 20-19 in dramatic fashion.

It was an incredible night for everyone associated with the Irish national side, as players, coaches and fans alike revelled in joy of winning their first international game. For a team that hadn’t competed in a competitive fixture for nearly three years, reformed in early July and defeated a very good Belgium outfit is a magnificent achievement.

The future is bright for the Wolfhounds.

Several photographers have posted photo albums of the game on Facebook: 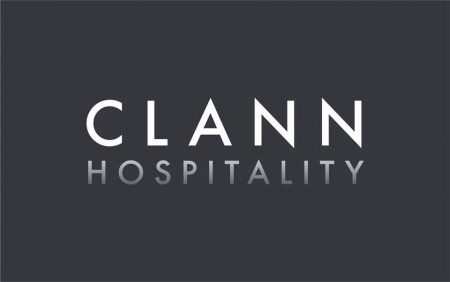