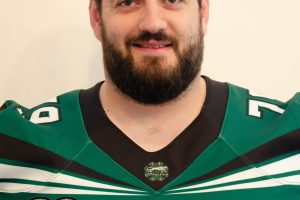 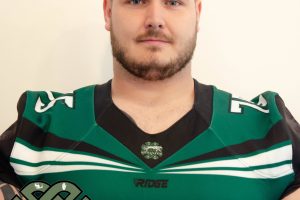 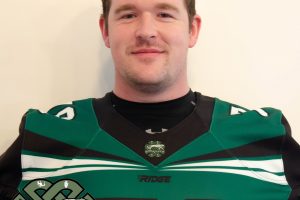 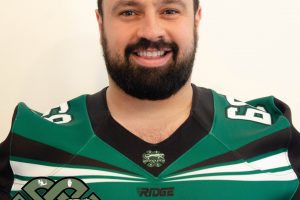 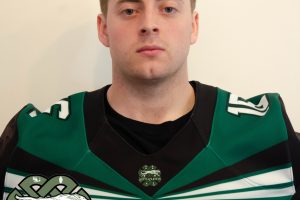 A bright autumn evening in Ostend was the setting for the eagerly anticipated rematch between the Irish Wolfhounds and the Belgian Barbarians. The Barbarians were looking to avenge a heartbreaking 20-19 loss to the Irish in October 2018.

The game started with the Wolfhounds receiving the ball. They came out of the traps aggressively with RB Jonathan Siri getting the bulk of the touches. Some offensive errors however ended the drive. Wolfhounds punter Tom Donovan stepped up and pinned the Belgians deep in their own territory. This great field position didn’t matter however, as Belgian QB Tomasz Firszt found WR Eric-Junior Hiernaux open to run it in for an 80 yard touchdown. First blood to the Barbarians. The point after attempt however was unsuccessful, with Irish LB Spencer McDowell blocking a low kick. The Barbarians lead 6-0.

The rest of the first quarter would be slow for both offenses. Penalties and mental mistakes would cost the Wolfhounds any momentum they were attempting to build. Injuries early on to starters LT John McDonald and WR Sean Goldrick meant that replacements needed to get up to speed quickly.

The Irish persisted with the heavy run game behind a physical offensive line with Siri and fellow RB Pete McMahon carrying most of the load, but penalties continued to put an end to some promising drives. Donovan continued to ensure the Wolfhounds were winning the field position battle with some gargantuan punts.

The Wolfhounds defense ensured the team stayed within one score of the Barbarians by shutting down their offense more or less entirely. The Barbarians continued trying to get their option run game and screen passes going, but the streetwise Wolfhounds defense ensured they could not gain any meaningful yardage. The back and forth for field position continued until half time, with neither side being able to force a significant breakthrough. The sole big play from the Irish was a long pass completed to Cork Admiral WR Jahn Dasini, only to see it brought back for holding at the line of scrimmage. The score remained 6-0 at the half.

The third quarter would see a change in fortunes for the men in green. The Barbarians had called a few screen passes with limited success. This time a screen pass to the right, inside their own half, was read and picked off by DT Paddy Sweeney. The big man rumbled for a 10 yard return, stiff arming an unsuspecting Barbarian along the way, before being brought down on the Belgian 25 yard line, setting up great field position for the offense.

This is when the offense got rolling for the Wolfhounds. Strong running from Siri and McMahon got the ball down within the 10 yard line. A defensive stand ensured the Wolfhounds were made to work for their yards and ended up with a 4th down and 1 on the 5 yard line. The ball was handed off to Siri who followed big inside blocks from C Dave Shaw and RG Hassan Jaafar, diving into the endzone for an Irish touchdown. Scores level at 6-6 with an extra point attempt to come.

The field goal unit lined up and the ball was snapped. Belgian LB Nick Vanhee managed to jump the blockers and make it into the backfield, but a quick snap and hold between Ayo Mumuni and Paul Grogan ensured kicker Marty Caskey had the perfect timing to slot the ball past the onrushing Vanhee and between the posts. Wolfhounds lead 7-6.

The familiar offensive stalemate of the first half continued. The Barbarians started to open up and attempt some longer passes, while the Wolfhounds continued pounding the ball against a tiring Babarian defense. Some possession changes led into the fourth quarter when the Wolfhounds would begin running the ball with more success. Gaps started appearing for the running backs, with fresh legs in the form of Ben Arulogun and Chris Carson causing the defense problems. The Wolfhounds drive stalled just inside the 20 and the field goal unit marched onto the field. A miscommunication at the line of scrimmage meant the ball was snapped directly to Marty Caskey and despite valiant attempts to dodge tackles and keep the play alive, the ball ended up back in Belgian hands.

The Barbarians took over on offense with the clock winding down. They would have to force the ball downfield if they were to get anything from this game. During these efforts, a deep pass was intercepted and returned by FS Alex Kusmirek, giving the Irish great field position, about 20 yards out, and an opportunity to see out the game with around 2 minutes on the clock.

The Irish offense needed one first down to close out the game. A good gain on first down made this look a formality, but the Barbarians defense stood strong on 2nd and 3rd down, leaving 4th and 1. Unfortunately, the run came up short, with the Belgian offense now having around 90 seconds of game time to get the winning points.

The Wolfhounds defense battled hard, forcing several incompletions, but the Barbarians managed 2 first downs. With the ball now inside the Irish half, but time running out fast a key play saw Spencer McDowell blitz through the middle early, forcing a chop block from the Belgian RB, as Firszt took a shot at the endzone that was broken up by Kusmirek. The resulting penalty put the Barbarians out of the Hail Mary range. On the next play, a Belgian WR was tackled in-bounds after gaining 10 yards on a screen pass, and time expired.

The Irish Wolfhounds won 7-6, ensuring another 1 point victory over the same opposition as a year ago. A first win away from home and a huge scalp for a relatively inexperienced national side. A sure sign that the future is bright for Irish football. 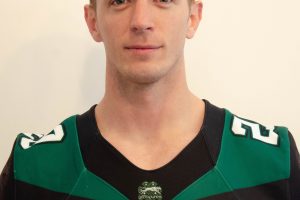 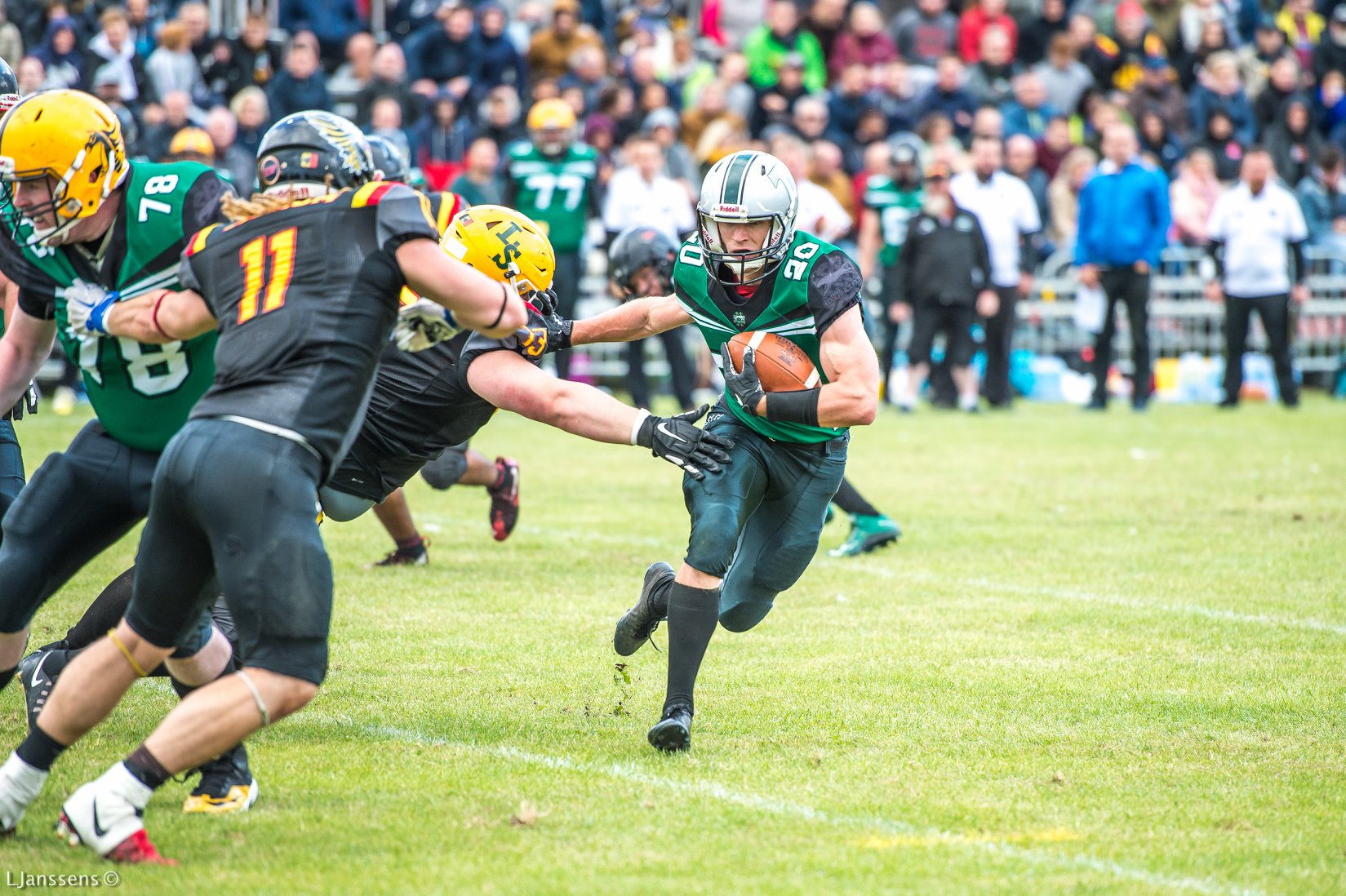 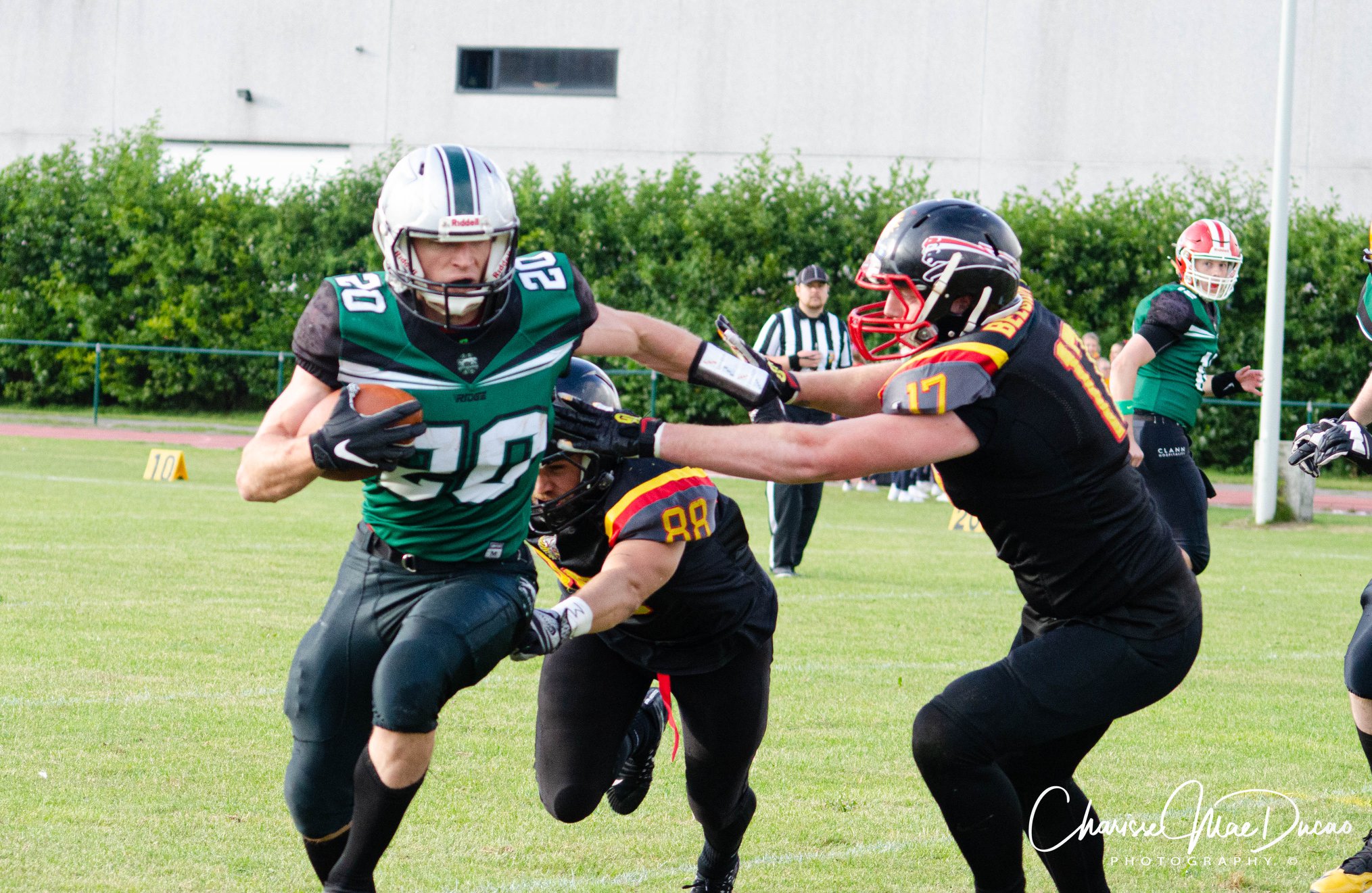