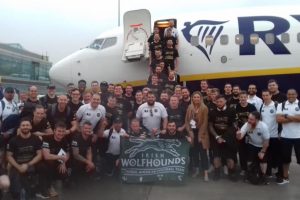 The Irish Wolfhounds Team departing with Ryanair to Eindhoven from Dublin.

A big thank you to Ryanair for all their assistance in making this possible.
#irishwolfhoundsontour ☝️ 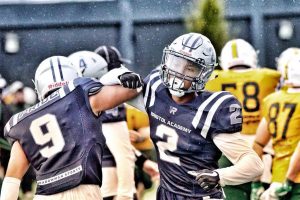 The Irish Wolfhounds are pleased to announce the friendly fixtures this Autumn with the Filton College Football Academy for two games, firstly, welcoming ‘The Pride’ Academy to Ireland on *5th October and a return fixture on November 9th away to Bristol (*Venue & KO TBC).

Alan Orr, General Manager of the Irish National Teams remarked. “We are delighted to have these games confirmed for the youth team which will be a fantastic opportunity in our progress of the national programme with the young Wolfhounds. Bristol are a well founded football Academy with great pedigree and are well respected across Europe. Ben Herod who leads the Academy is totally invested in the development of youth football and over the years they have produced a lot of talented athletes. These games will be a great assessment of our own talent and simply it’s just great for our young guys to get the chance to play, learn and develop against quality opposition and another first for the junior squad to have an away game, should be fun and no more than they deserve.”

Coach Ben Herod of The Pride, Bristol commented on the news. “We have been waiting a long time to come back to Ireland and it’s a fantastic opportunity for us to build on a strong relationship with IAFA and the Wolfhounds staff and team, which I hope matures into a strong rivalry and continuing encounters in our Academy’s development and programming. There are some great people involved in Irish football and rebuilding the national programme and we are delighted to be considered to be part of this.

This will be the second time ‘The Pride’ have come to our shores, the first time they played here was in The Gathering Bowl in 2013 against Greendell Falcons from Manitoba, Canada at Tallaght Stadium. We look forward to seeing them back here and have no doubt it will be another competitive performance.